THE IRISH THORACIC SOCIETY IS TODAY CALLING FOR THE ESTABLISHMENT OF A NATIONAL RESPIRATORY TASKFORCE TO ADDRESS THE RISING TIDE OF RESPIRATORY DISEASE IN IRELAND. 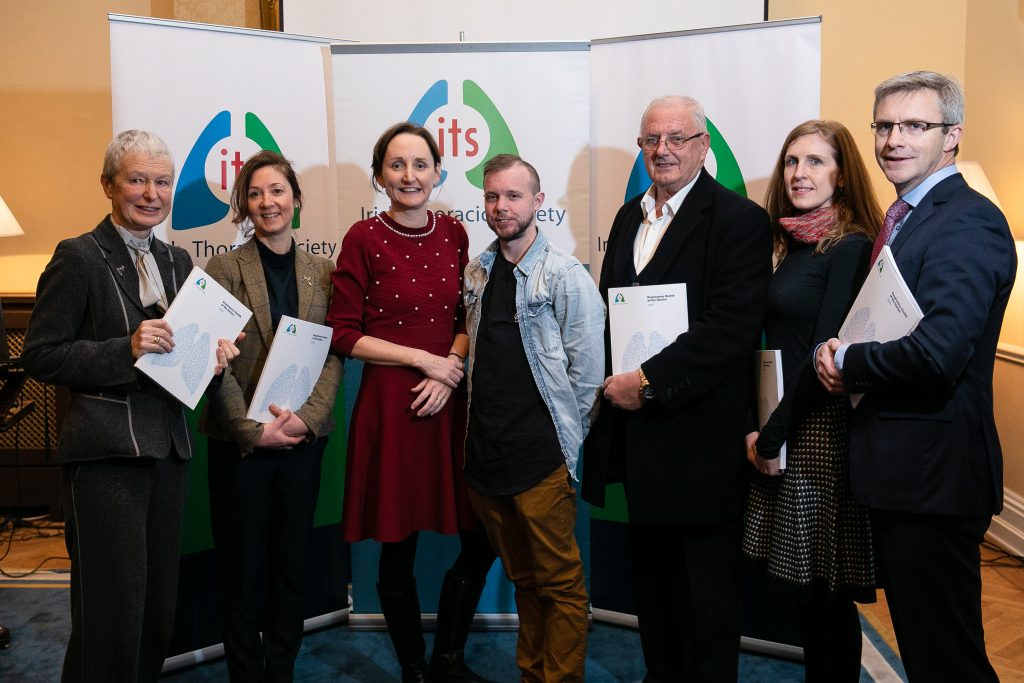 One of Our Most Critical Health Challenges
Dr Máire O’Connor, Report co-author and Specialist in Public Health Medicine, HSE East, highlights the need for a cross-sectoral approach in addressing environmental and other threats to respiratory health:

“This report shines a light on the immense burden of respiratory disease in Ireland, showing it to be one of our most critical health challenges, reflected in the almost 15% increase in respiratory deaths between 2007 and 2016.

“Respiratory diseases make up three of the top six causes of death in Ireland, with the big three being lung cancer, COPD and pneumonia. Death is only the tip of the iceberg of the burden of disease on individuals, families and the health services. While smoking is a key risk factor for many respiratory diseases, we are also seeing the influence of other social and environmental factors on respiratory health.

“However, we can lift some of this burden from families, communities and our health services. If we take the approach that every breath counts, it will follow that there will be a cross-sectoral approach to address environmental and other threats to respiratory health. It will follow that within the health sector, individuals who are short of breath or have chronic cough will present early to GPs, that GPs will have access to timely lung function tests, and that patients will get the evidence-based interventions, supports, and services they require both at community and hospital level. It will follow at a public or population level, that geographical and socio-economic variations in respiratory health will be addressed, new respiratory programmes implemented and existing programmes evaluated, and emerging threats such as antibiotic resistance and vaccination complacency uptake addressed, underpinning all of which will be timely comprehensive data.”

Professor Ross Morgan, President of the Irish Thoracic Society, while acknowledging improvements in respiratory care in recent years, points to significant challenges, including a dearth of respiratory specialists:

“What is clear from this report is the increasing strain of lung disease on our health services due to our growing and ageing population.

“It is important to acknowledge that there have been significant improvements in respiratory care in Ireland in recent years. However, important challenges remain. There are too few respiratory specialists, in particular consultants, the numbers of which lag well behind other EU countries, but also nurses, physiotherapists, physiologists and other allied healthcare professionals. In addition, access to elements of good quality care such as pulmonary rehabilitation is severely limited. We also need to meet the challenge of providing integrated care for conditions such as COPD with a properly-resourced primary care community.

“Together with improved focus on prevention, awareness and earlier detection of these conditions, our patients need better access to adequately-resourced, co-ordinated and specialist services based on best evidence-based practice. That’s why the Irish Thoracic Society believes a national taskforce is needed to put respiratory disease on an equal footing with heart disease and cancer where, thanks to dedicated strategies in recent years, patients have experienced improved outcomes.

“This taskforce is a key starting point if we are serious about stemming the toll of respiratory disease on people’s health, quality of life, livelihood and longevity.”

The Irish Thoracic Society gratefully acknowledges GSK for an unconditional grant towards the publication and dissemination of Respiratory Health of the Nation 2018.

Respiratory Health of the Nation 2018 – other key findings

In relation to specific respiratory diseases:

·         COPD – Ireland has the highest hospitalisation rate for COPD among selected OECD countries. Over 87% of COPD hospitalisations are as emergencies. It is the second most common cause of death from respiratory disease, and responsible for more deaths than any non-respiratory cancer

·         Asthma – Ireland has one of the highest rates of asthma in the world. Current estimates suggest that the prevalence of doctor-diagnosed asthma in children is 21.5% and 7-9.4% in adults

In relation to specific age groups:

·         Young people: respiratory disease accounted for over a quarter (26.7%) of hospital admissions in those aged 0-15. A quarter (25%) of children’s consultations with general practitioners are for respiratory problems

·         Disease comparisons: respiratory disease accounted for one in five (19%) in-patient hospitalisations in people aged 65 and over, compared with 16% for cardiovascular disease, and 7% for non-respiratory cancers

Respiratory Health of the Nation 2018